Home » Where to Find Stitch at Disneyland 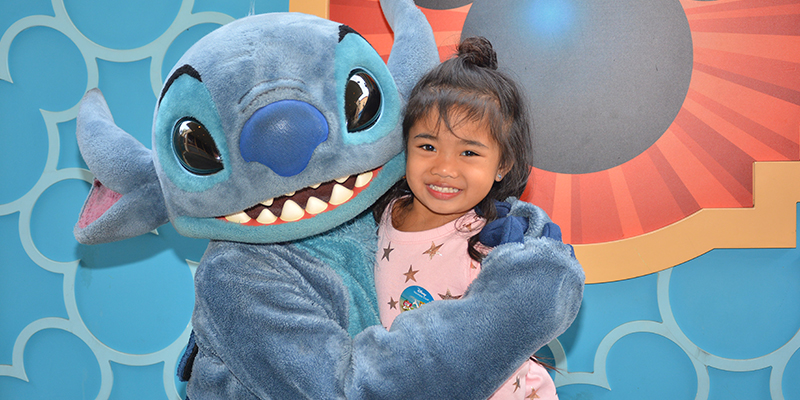 Trips to Disneyland are always a highly anticipated event for a family with children, especially young ones. While the older children might be seeking the thrill of the rides and attractions, the idea of meeting a beloved Disney character for the first time and getting them to sign their treasured autograph book is where the real magic lies. To them, it’s like meeting their best friend. The Disney film Lilo and Stitch has been one of my daughter’s favorite films for a while, and I know she would be thrilled to meet the cuddly blue alien, Stitch. However, there are so many characters at Disneyland that I know it may prove difficult to find Stitch, so I decided to do a little research before we go.

Where do I find Stitch at Disneyland? Since Stitch does not have his own themed land to do meet and greets in, it is a little more difficult to pin down his exact location. He seems to be a rare character to find these days in either of the parks. The best places to catch Stitch are either at the PCH Grill located at Disney’s Paradise Pier Hotel, or at a special Disney Visa Card character meet and greet in California Adventure’s Hollywood Land. You may also get a glimpse of the blue guy with his best friend Lilo on a surfboard during a Hawaiian themed section of the “It’s a Small World” ride.

Many of the characters without lands do roam through the parks on a rotating basis. California Adventure’s Hollywood Land and Disneyland’s Main Street, U.S.A. are the best places to catch wandering characters. These spots are main hubs for character interaction because they are near the entrance to the parks and have a more open environment to allow the most guests to interact with the characters. There are even tools to make your search less painful on your feet. Here are some of the ways you might be able to tell if it is possible to catch Stitch creeping and crawling his way through the park somewhere.

Sometimes the easiest way to find a character is by searching the land either directly related to the film they are from, or the land that may seem like a place the character would enjoy frequenting. Characters love to soak up the ambiance of their natural habitat. Some examples of this might be seeing the Toy Story or Incredibles characters traipsing around the Pixar Pier, meeting Mickey and Minnie Mouse as they welcome visitors to Disneyland on Main Street or catching a glimpse of Tinker Bell flying around with her friends in Pixie Hollow located near Tomorrowland.

If you are the owner of a Disney Visa Card, special photo opportunities may be available to you at both parks. Certain areas are set up and designated for these meet and greets and only card members are allowed in line. There are two of these special locations at the California parks: near Monster’s Inc. in Hollywood Land, and at the Star Wars Launch Bay in Tomorrowland. For those Lilo and Stitch fans, Stitch is one of the characters you might find at the Hollywood Land location. While this may be disappointing to anyone who does not have a Disney credit card, those with the card will enjoy shorter wait times, free downloads of your posed photo, and access to certain characters who may be harder to find elsewhere.

Character Map and Other Uses of the Disneyland App

One of the easiest ways to discover the location of a child’s most beloved character is by using a character locator map. These are available in a hard copy map available at the park entrance, or by using the free Disneyland App on your phone. The paper copy is useful those who may be worried about their phone’s battery life, using up too much data if there isn’t a strong Wi-Fi connection, or for those who may not have access to a phone with the ability to download apps. Both will have meet and greet schedules and locations for many of the more popular characters; however, the Disneyland App has advantages that the paper copy will not.

While the paper copies are only released once per day, the Disneyland App can be kept up to date. This is beneficial because sometimes the characters and locations of meet and greets are changed at the last minute due to unforeseen circumstances. By clicking the character tab of the app’s map, you will have access to the easy to use map with a GPS locator, so you always know where you are and how close you are to the character you are searching for. The app’s helpful features can be used to do more than just find characters. It can also allow you to check on wait times for attractions throughout the parks, order food, and pick up a Fastpass in order to avoid the dreaded lines at your favorite attraction.

If you are ever unable to find a character, or maybe your child decides there is a character they suddenly just have to meet and you don’t have access to the Disneyland app or map, feel free to ask someone at a Guest Relations Kiosk. They are there to assist you with any question or concern you might have regarding the parks. Other cast members throughout the park can also be helpful. They know the parks well and witness the character’s routes and rotations on a regular basis. If they do not know where a character is, they will at least be able to point you in the right direction. You may even be able to convince them to turn it into a fun scavenger hunt game for your children.

Stitch in Other Disney Parks

California’s Disneyland Resort is not the only park you may be able to find Stitch. Each of Disney’s parks has a different layout and different lands, so certain characters may be easier to find in one park over another. Lilo and Stitch have their own locations at the much larger Disneyworld in Florida. There you can usually find Stitch outside Stitch’s Great Escape in Tomorrowland or at Ohana at Disney’s Polynesian Village Resort for Lilo and Stitch’s “Best Friends Breakfast.” Tokyo Disneyland and Shanghai Disneyland remain big fans of the little guy. At these parks, there are interactive shows with Stitch as the main star called “Stitch Encounter.” Tokyo Disneyland also has Lilo’s Luau, a fun show at the Polynesian Terrace Restaurant. Stitch can be found here crashing Lilo’s party and creating pandemonium in his wake in true Stitch style.  Even Disneyland Paris gives into their love for everything Stich by featuring him in his own show called “Stitch Live!”

How to Prepare for Meet and Greets

A lot of first time Disney visitors expect to go to Disneyland for the attractions and magical ambiance, but if you have young children, it is not their first-time riding “It’s a Small World” they are going to remember when they get older. They are going to see a photo taken with their favorite Disney character, and they are going to remember the pure joy and excitement they felt being able to hug a character they had probably spent more time with than some of their extended family members. For this reason, it is a good idea to make sure you are prepared for these meet and greets.

Always bring a quality camera to capture the most memorable moments of your child’s day at the park. Some of the scheduled meet and greets may have a professional photo taker, but even if they do, the cost of the souvenir photos cost a lot more than if you take them yourself. Also, I would suggest purchasing an autograph book and a couple pens for character autographs. While you can use a plain notebook, they do offer specially designed Disney books at most of the souvenir shops throughout the parks. Your child will love having a memento from the character they can hold on to and look at whenever they want. You may be standing in line a long time for some of the more popular character locations, so some way to entertain your young children might also be advisable. We all know sun, lines, and excited youngsters can be a recipe for disaster. Entertainment, such as snacks and games, for a short attention span may be the most important Disneyland tool you bring with you. They are true sanity savers. 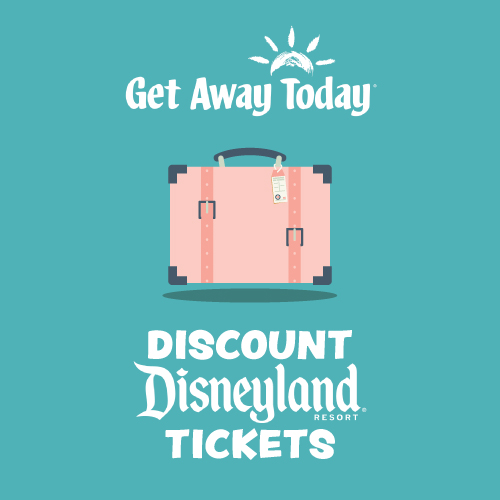