Home » How Old are the Disney Princesses? 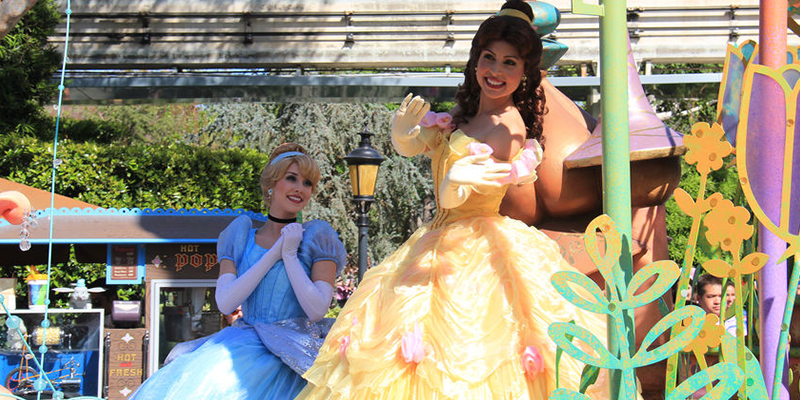 Just the other day my daughter asked me how old the Disney Princesses are, and, at the time, I couldn’t think of anything to say. My first thought was, “Have they ever actually stated an age for these classic cartoon characters?” I knew a few had said how old they were, but many were still unknown. My daughter is still young enough where telling her they’re all teenagers appeased her, but I know someday that generic answer won’t be enough. Besides my own curiosity had been escalated. Now I needed to know, so I set about searching the internet, this is what I found.

So, how old are the Disney Princesses?

According to several sources I found, the Princesses are all teenagers with ages ranging from 14 to 19.

Although several of the princesses ages were never actually stated in the films, researchers have used aspects from the movies, interviews with members from the Disney corporation, and a general sense of how girls act at certain ages to compile enough data to at least guess at these ages. These might just be estimations, but here are some of the reasoning behind those assumptions.

When Snow White and the Seven Dwarfs was originally released it was said her age was released to the press, even though it is not stated within the confines of the film. Most sources believe her to be the youngest of the princesses at only 14 years old.

Some princess’s ages were determined based upon the fact that they were coming of age. The Sultan in Aladdin is trying to find a princely suitor to have his daughter married off to by her next birthday, which will be her 16th.

Ariel is one of the few princesses who states her age in the movie. In The Little Mermaid during a scene between Ariel and her father, King Triton, she actually argues, “I’m 16 years old! I’m not a child anymore.”

Sleeping Beauty was another film which stated the age of the princess within the dialogue of the film. It was said that Aurora was cursed at birth by Maleficent to die before the sun set on her 16th birthday.

It is stated in the film Brave that Merida must begin the process of picking a suitor as soon as she turns 16 years old. Her rebellion from this milestone is a large part of what creates the main conflict of the story.

In Mulan, the namesake character was another princess whose age is determined by the age she must seek out a suitable suitor. Once again, the age a princess must be married off when she comes of age is 16 years old.

There is a wide-spread belief that Belle is only 17 years old. This could be due to the fact that she still lives in her small village with her father; however, Beauty and the Beast’s chief animator stated in an interview that she was meant to be in her early 20s.

Although Pocahontas is based on a historical figure, historians do not know her precise year of birth. Many Disney film enthusiasts believe in the film Pocahontas, she was meant to marry Kocoum when she turned 18 years old.

In the movie Tangled, Rapunzel speaks to the woman who raised her, Mother Gothel, about turning 18 years old. The festival of the “floating lights” she witnesses after her escape happens on her 18th birthday.

Cinderella was another movie that does not plainly say the title character’s age. It is widely believed that she is 19 years old, which would explain how she was so easily able to escape the clutches of her wicked step-mother.

While Tiana’s age is just an assumption, it is based on facts from the film. In the movie Princess and the Frog, Tiana supports herself through a job waitressing, and she appears to be generally more responsible and level-headed than earlier princesses. Many sources consider her age to be right around 19 years old.

How the princesses ages impact the story

Since many of the princesses are still teenagers, they are reliant on their parents, both physically and emotionally. Most of them do not work and still live at home. While the younger princesses may find love, it is generally not until they are a bit older (at least 16) that they get married. This allows the writers to develop a relationship between the princess and her parent, which is much of the time something the princess is either fighting for or rebelling against. While the daughters love their families, they are usually trying to assert their independence.

Sometimes their search for independence leads them into trouble. For example, in The Little Mermaid when Ariel tries to assert her independence from her father, she makes a deal with Ursula, the sea witch, almost causing her to lose her true love. In Aladdin, Jasmine almost loses her hand after leaving the palace against her father’s orders and stealing food for some hungry children until Aladdin sweeps in and saves her. When Pocahantas rebels against her father’s warning to stay away from John Smith’s crew, she nearly starts a war.

The significance of not giving some princesses definitive ages

By not giving the princesses a definitive age, Disney has allowed for a wider range in their audience. From little girls dreaming to be older, to teenagers closing in on adulthood, this makes the princesses more relatable to everyone. Every child growing up can say, “Hey. She’s just like me. I could be a princess too.” This was smart on Disney’s part. It turned the princesses into idols and boosted sales, because most girls grow up with at least a small collection of princess memorabilia. Who wouldn’t love to be a royal princess?

Another reason why Disney could have chosen to not obviously reveal the ages of their princesses is because they did not know themselves. Many of the Disney films are based off previously written fairy tales or historical figures. Piecing together the bits of information from various versions throughout history could have provided conflicting information that ultimately lead to Disney (not wanting to put forth an incorrect age) to simply leaving the viewer to make their own assumptions.

How the ages of the princesses changed over the years

One significant change throughout the years for Disney films is the princesses’ ages have progressively increased. From Disney’s first film where Snow White was only supposed to be 14 years old to their more recent film, Princess and the Frog, where Tiana is a mature 19-year-old girl taking care of herself, the princesses have aged with the times. While it might have been acceptable for a 14-year-old to fall in love and have grown up responsibilities when the film was released in 1938, today’s society believes she is still just a child. The average woman is waiting longer to fall in love and get married now a days, so Disney has seen to projecting these same ideologies on their princesses.

There is another significant reason for the progression in age. Originally, the princesses were portrayed as naïve and demur, needing a prince to come to their rescue. This is not the case anymore. Society has reached an age where we want to teach our young girls to be strong and smart, and that they can be the ones to save the day. The fact that the princesses are older allows them to develop a maturity and strength more adult-like than earlier child-like demeaner.

How old are the princes?

The princes ages are even more rare to find portrayed on the screen; however, many of them are quite a bit older than the princesses. Their ages range somewhere between 17 years old and 27 years old. It is said that one of the largest age differences is between Rapunzel and Flynn who is thought to be about 26 years old, an 8-year age gap.

Where are all the Disney princesses from?

Much like the ages of the princesses, the countries their stories take place in were often meant to appear as if they could have taken place anywhere in the world. Some are a little more obvious than others: Mulan is from China, Merida is from Scotland, or Jasmine is from the Arabian Peninsula. Others are a bit more vague: Little Mermaid is from Denmark, Cinderella is from France, and Sleeping Beauty is from England.

How many princesses’ stories continued through sequels?

Although many of the sequels to Disney’s films do not make it into the theaters, here are several of the princesses whose story has continued into second, and even third, feature length films: Pocahontas, Cinderella, Mulan, Jasmine, Ariel, and Belle. Some even received their own television series, like Rapunzel from Tangled, Ariel from The Little Mermaid, and Jasmine from Aladdin.